It is coming to the end of the spring migration and this is the best time to catch some of the remaining migrants, especially the waterbirds, in their breeding plumages before they undertake the migration back north to breed. Today was declared a public holiday as it was the installation day of our new King and at first light, I was at the marshlands in Pulau Burung, Penang. Luckily, there were still quite a few of the migratory waterbirds present to keep me company – like this Intermediate Egret in partial breeding plumage. 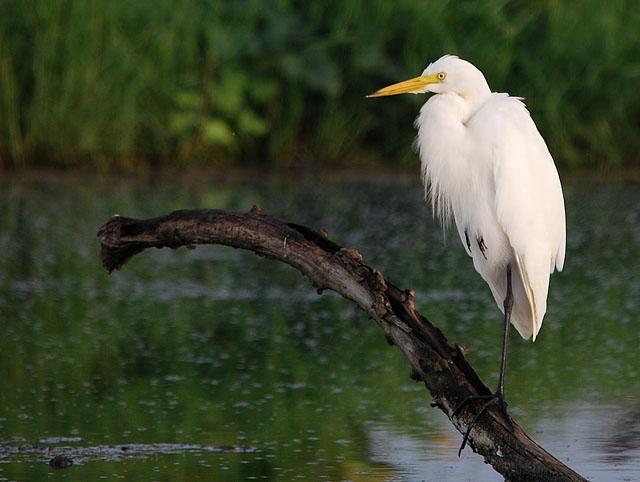 Despite a careful sweep of the area, the only Pond-herons present in the vicinity (and everywhere else today) were the Chinese Pond-herons. This species may be the commonest of the three species that occur here in Malaysia but their plumage is certainly the prettiest. There is a high possibility that I may not get to photograph the Javan and Indian Pond-heron as I have had very little luck with them this season and time is now running out. 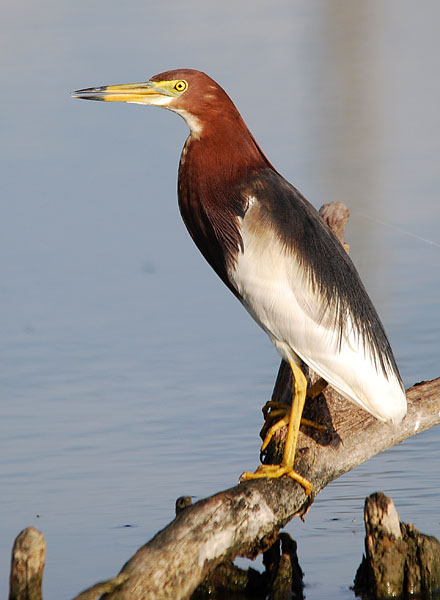 The bird that really got my adrenalin pumping for this visit was not a waterbird. It was a Tiger Shrike and a first record for me for this area. Much to my delight, it was a male and in breeding plumage. Inevitably, this handsome bird immediately gained my complete attention and admiration. 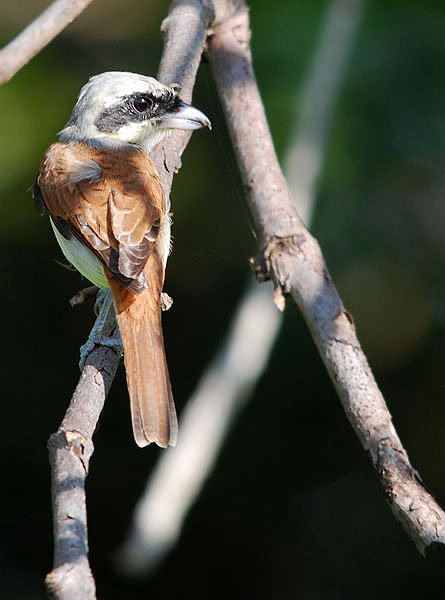 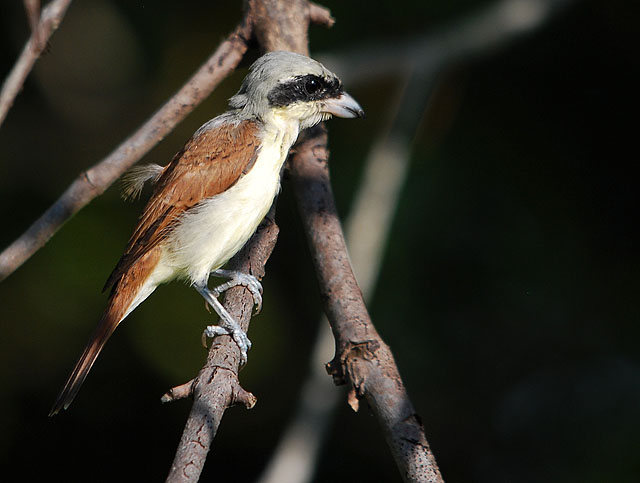 This Yellow-bellied Prinia was belting out his territorial song from an exposed perch when he was interrupted by my approaching car. My sincere apologies. Please carry on, Sir… 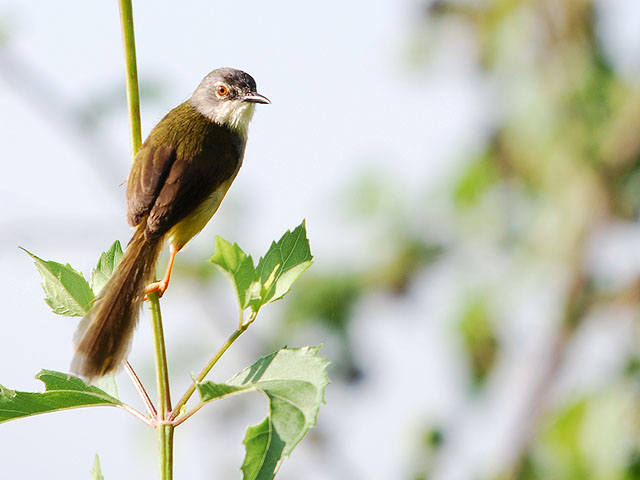 Some waders undergo amazing plumage transformations for the breeding season. The Pacific Golden Plover is one such wader. Unfortunately for me this rather confiding individual foraging along the mudflats of Batu Kawan, Penang has yet to attain its full breeding plumage. And that would have really made my day. 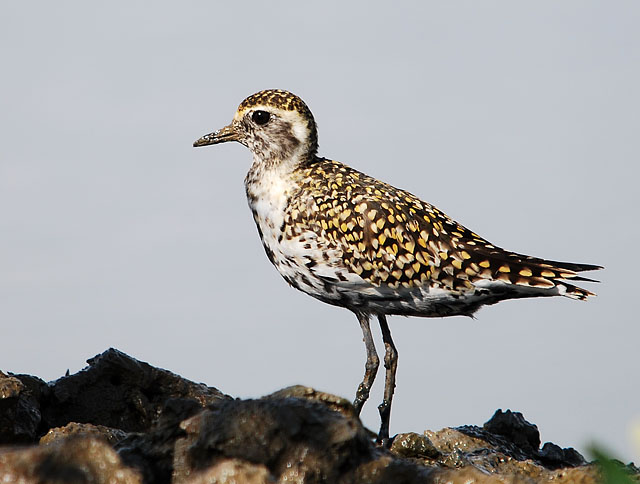 This Long-toed Stint is also in partial breeding plumage but was a lot more wary of my presence than the much bigger plover. 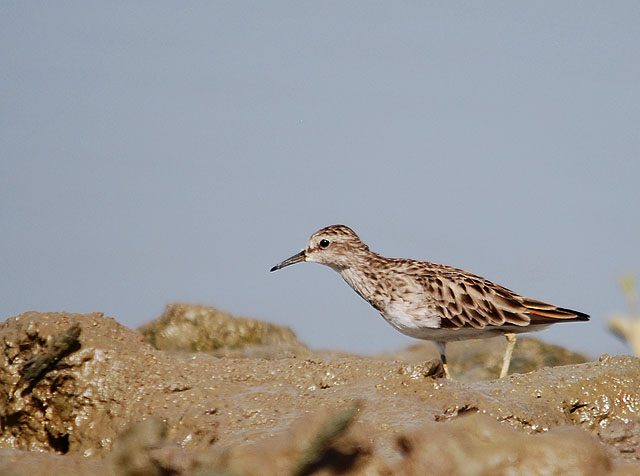 At the paddy fields of Kubang Semang, Penang I came across a rather big mix flock of egrets following a tractor that was working the field. This is a common practice among the waterbirds as the tractor will flush insects and other prey out and they will be easy pickings. The majority of the egrets present were Cattle Egrets and most of them were sporting their smart breeding plumage. 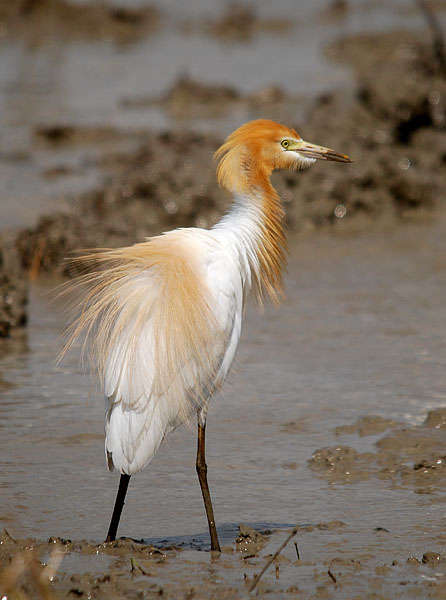 Among the few Intermediate Egrets that were present at the locality, one individual was in partial breeding plumage. The thing that really caught my attention was the piercing red eyes. This is not the first time I have seen this species in breeding plumage but the red eyes were certainly new to me. 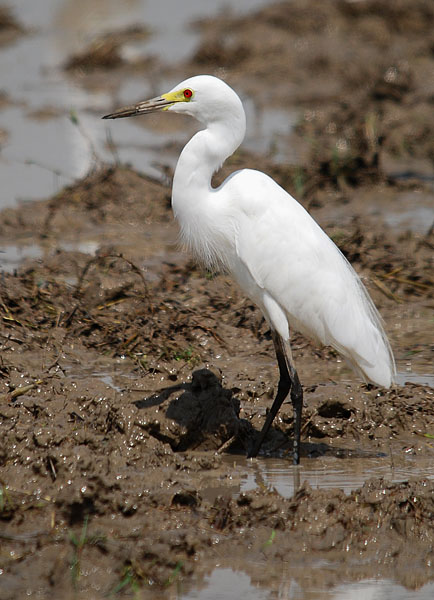 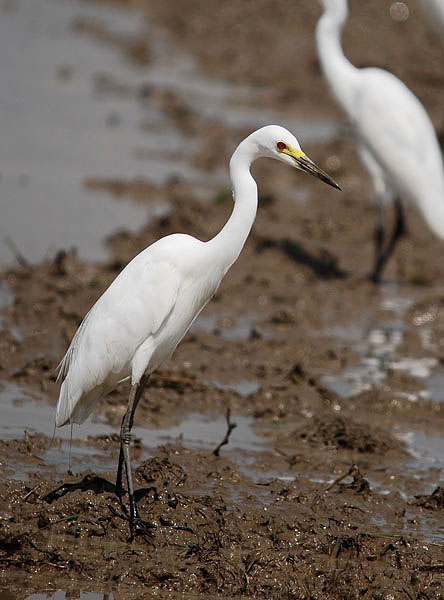 Among the other “normal-looking” Intermediate Egrets, this individual just appear a little evil to me – like an egret possessed. Egrets are just so angelic but one with bloodshot eyes looks more suitable representing the other “side”. 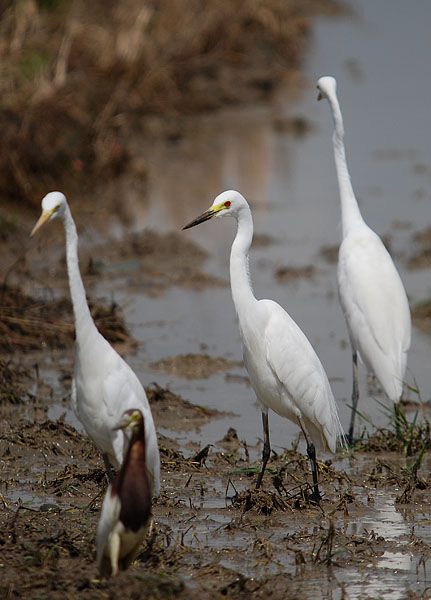 A quick detour to the Blue-throated Bee-eater nesting ground showed that it was likely to be another successful season. 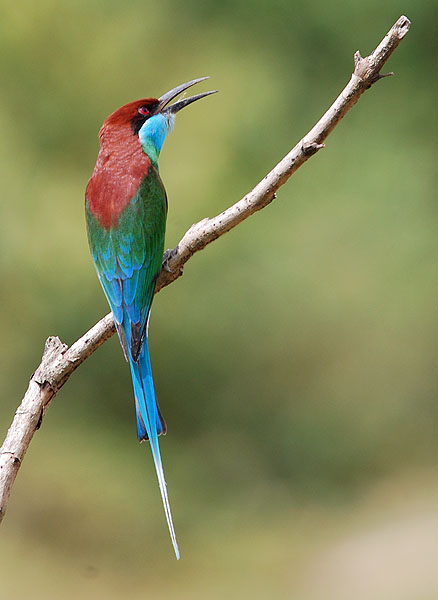