These past few weeks, I could not find the time to do any birding due to my work load. Luckily, I got to borrow a splendid book from Choo Eng - The Jewel Hunter. The book provided some relief for my birding addiction although it was only armchair birding. I'm not the type to get submerged into books unless the book is about something close to the heart like birding. This book is not only about birding but also about one of my favourite birds - the Pittas. It is a story about a man, Chris Gooddie, and his quest to see all of the world's 32 species of Pittas within one calender year. 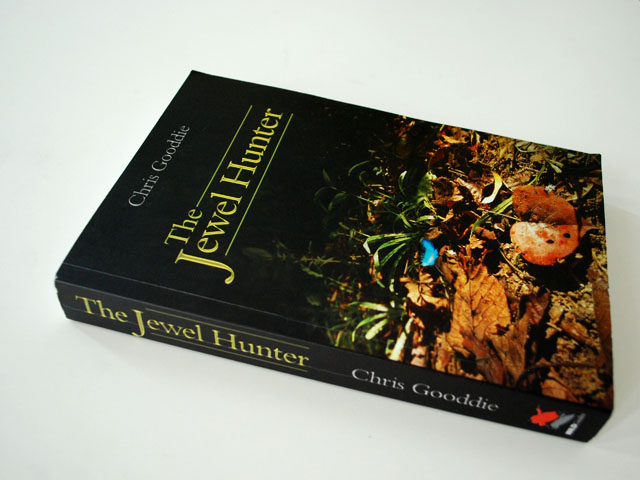 Overall, it is a great book. Well written and witty. For a better review of the book, you can check Dave's post here. Anyway, this is one of my favourite paragraphs from the book where the author tries to describe how incredibly hard it is to see a Giant Pitta in the wild.

The Sungai Sedim Recreational Forest in the state of Kedah may be well known for its white water rafting facility but to us birders, it is one of the best and easily accessible forest birding localities in the northern region. As we are now in the Ramadhan month (a period of fasting before we celebrate the Muslim New Year or Hari Raya), there were hardly any picnickers along the main river just next to the car park. 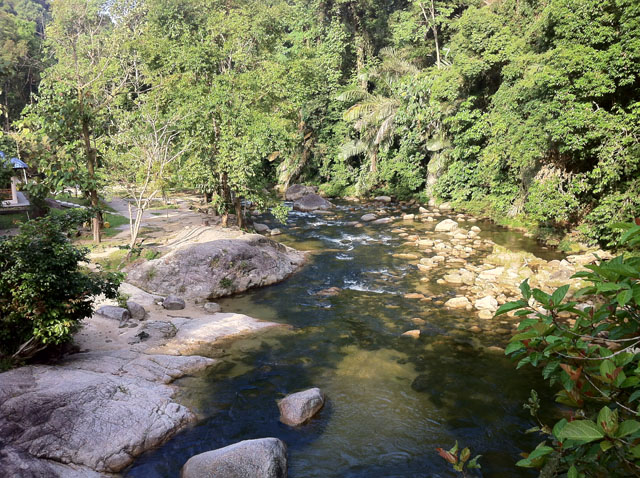 It also explains why we finally managed to photograph the resident Blue-banded Kingfisher despite all our previous visits to the locality. The absence of human activity has made this river specialist much bolder than usual but most unfortunately, my attempt at capturing this striking male bird turn out rather poor. 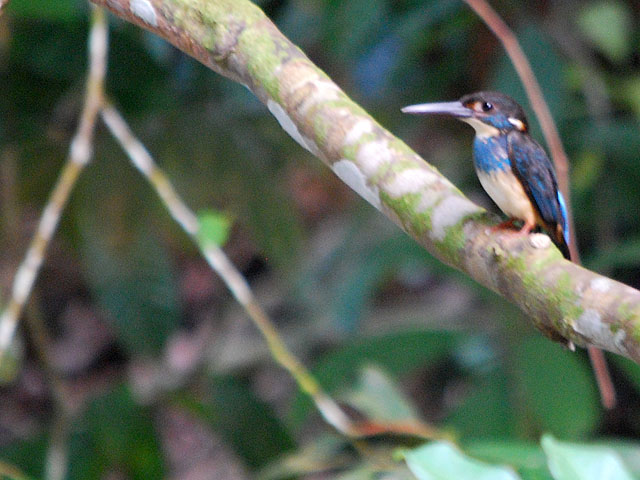 The white waters of the rivers here are also home to the Chestnut-naped Forktails – another striking species that is extremely wary of humans. Although I wish that this foraging pair would come closer to our side of the river but they didn’t and the images obtained left much room for improvement. Anyway, I am still quite happy with the images in the end. 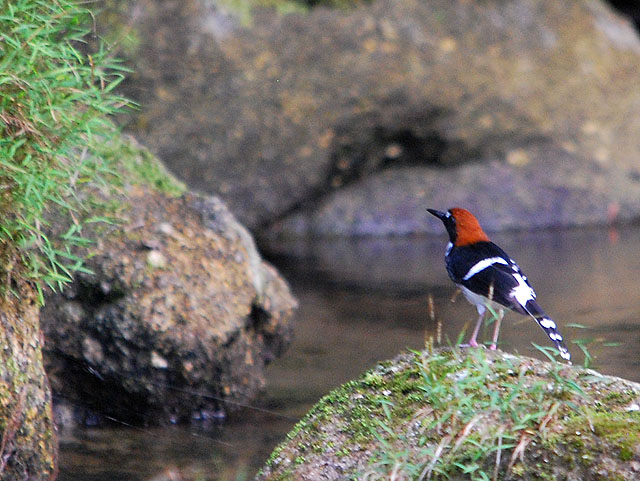 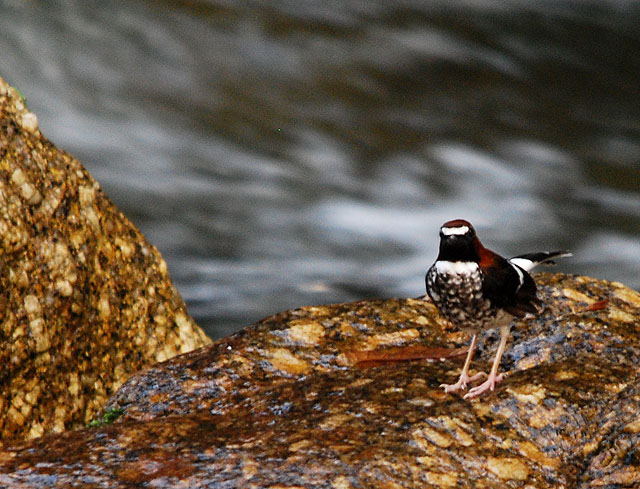 However, there are some residents here which are so accustomed to human presence they will let you walk right up to them to capture their images – like the ever-present Pacific Swallow. 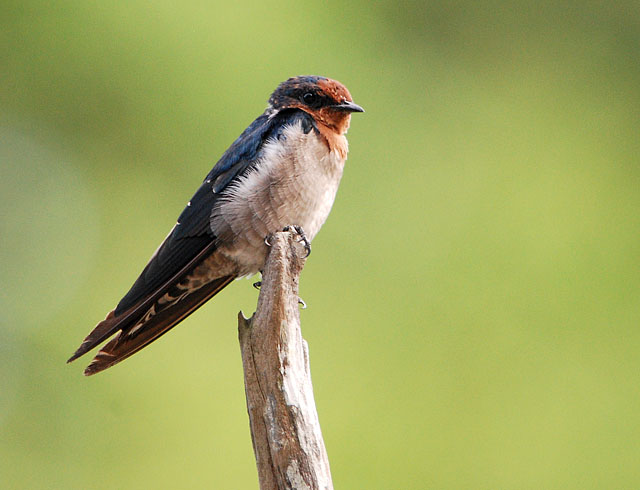 And the locally common Whiskered Treeswift. 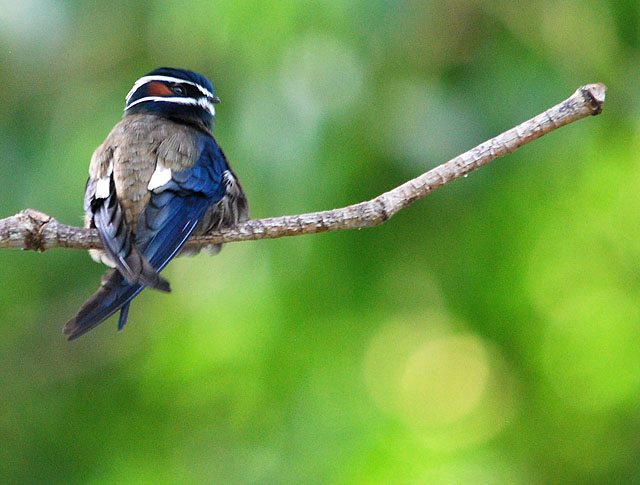 Both species of Treeswifts are found within the boundaries of this birding hotspot but the Grey-rumped Treeswift is never as tame as the former. 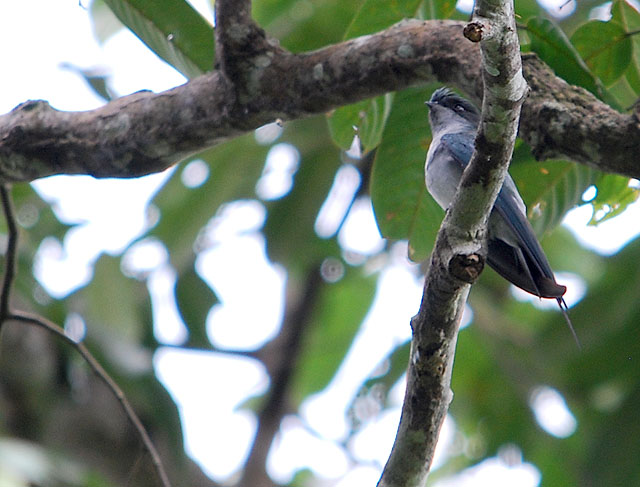 As for the forest birds, this Rufous-winged Philentoma stopped long enough in the sunlight for me to capture a few images. 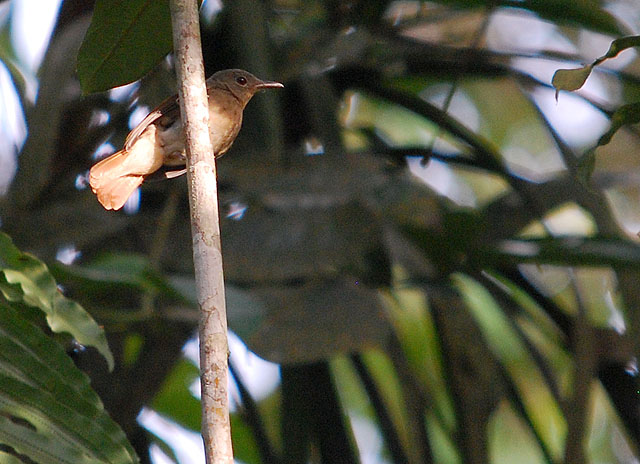 A male Banded Kingfisher teased our senses and lenses by alighting directly overhead before making his way deeper into the forest. 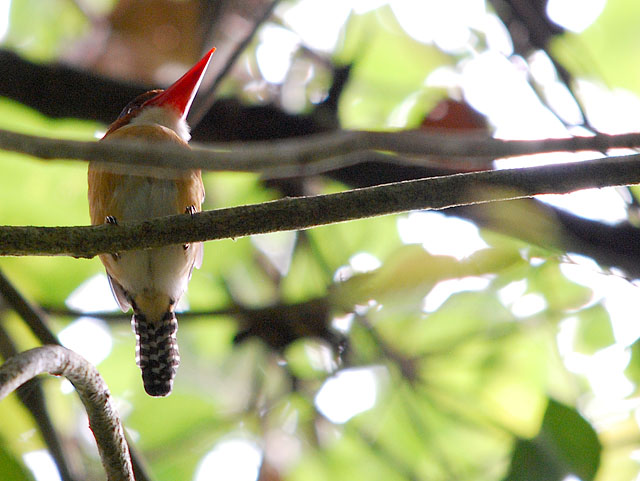 We also came across some feathers along the access trail. It was probably a recent kill of a civet or some other predator. From the colouration and size, I am guessing that the unfortunately victim was an Orange-backed Woodpecker. Anyone wants to take a shot at this? 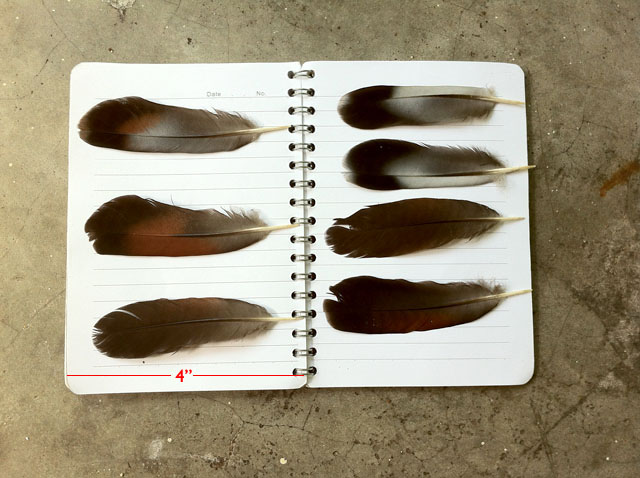 And to conclude the trip, the three of us helped ourselves to some local durians. The season for this king of fruits is drawing to an end soon for this year but that is not the reason why we decided to have the durians here and not back home in Penang where it is famous for the best durians in the region. This durian seller has been giving us tips on where birding is good in the surrounding areas. Some of his tips may have been a bit exaggerated like wild Partridges being as tame as domestic chickens but I guess that’s how you keep your patrons entertained and coming back for more. 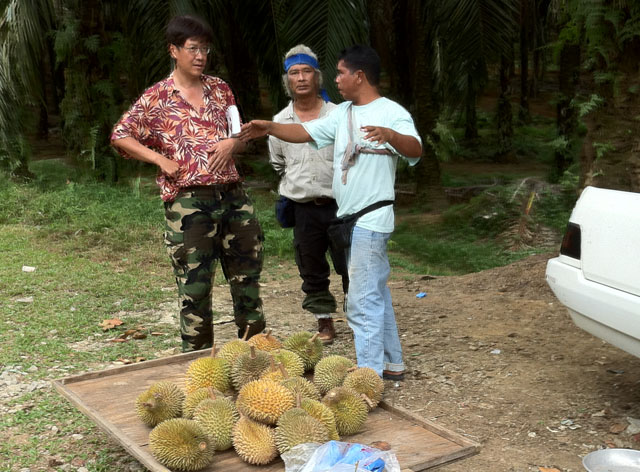