Earlier this year, I had the good fortune of being able to observe a pair of Silver-breasted Broadbill nesting. This species is one of the smallest found in Malaysia and without a doubt, is one of the cutest. Together with the brilliant colours of its plumage, Silver-breasted Broadbills are one of the most after targets for both birders and bird photographers alike. I have encountered this species on numerous occasions while I’m out in the field but I never get tired of them. But this time, the encounter was better and more memorable than usual because I managed to obtain far better shots than all my previous attempts. Broadbills build untidy dome-shaped nests that are usually suspended above rivers, ravines and rather unfortunately, access roads as well. This particular nest was indeed built above an access road but it was quite close to the forest edge and well away from the dangers posed by passing vehicles. 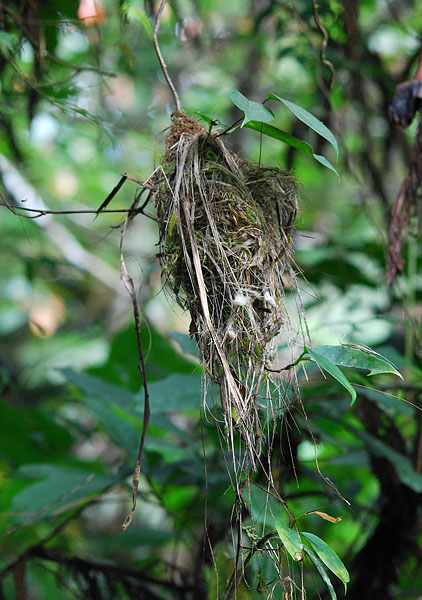 Both the male and the female shared the nest building duty and it was the fairer sex that provided the best photographic opportunities this time round. 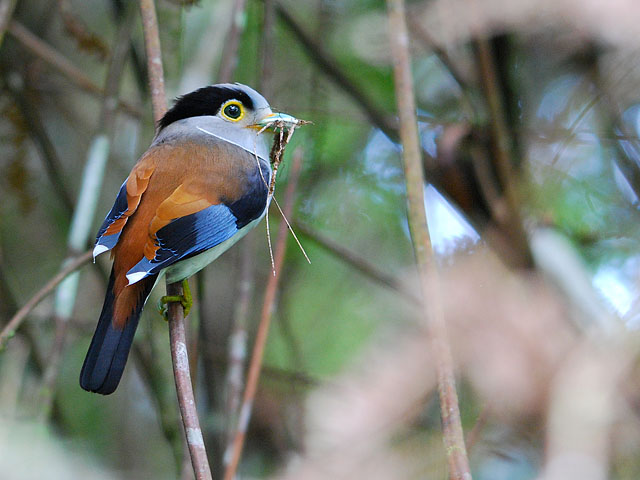 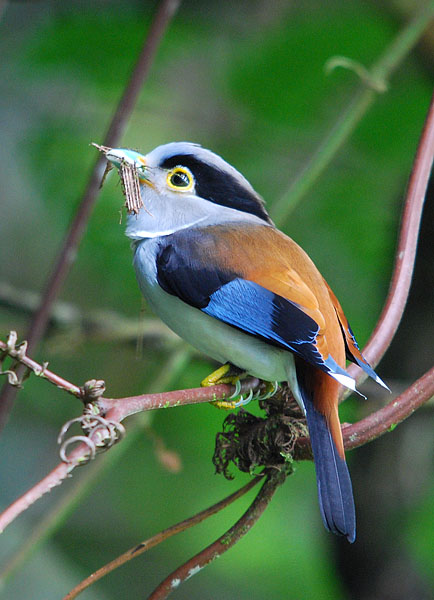 The male looks almost like the female but lacks the silver necklace. Here, he was putting the finishing touches the top part of the nest and pretty soon, this pair will become proud parents to the next generation of adorable and stunning forest dwellers. 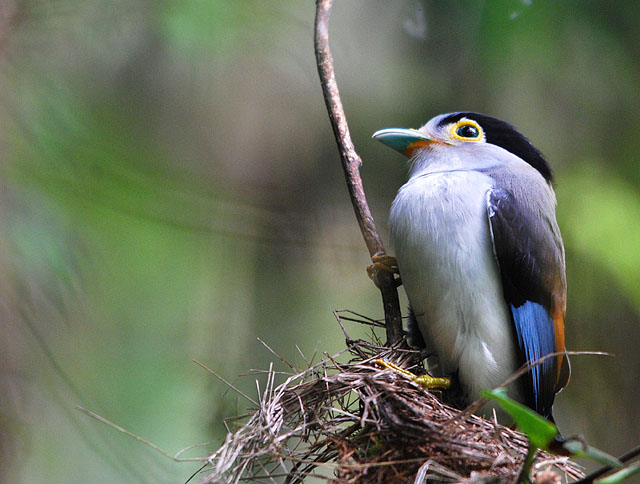