My alarm went off at 4 in the morning and it was followed by packing of my gear, tripping over stuff in the dark and finally a peck on the cheek of my still-asleep better half. Then it was off to meet up with Dave and Choo Eng before commencing on our quest to see Peninsular Malaysia's fourth ever record of the Tufted Duck. This vagrant was first seen by a few Perak birders at a pond in Malim Nawar, Perak about a week back and they were kind and considerate enough to share this sighting immediately with the rest of the birding community. Thank you, guys!

We reached the pond just after dawn. No difficulties were encountered when finding the spot because Choo Eng was here 2 days ago and to quote his text message to me when he ticked off this lifer - "like shooting a duck in a tub". True enough, as soon as we stepped out of the car we found the celebrity visitor paddling leisurely in the middle of the pond just next to the main road.  It was certainly one of the easiest twitches I ever had. 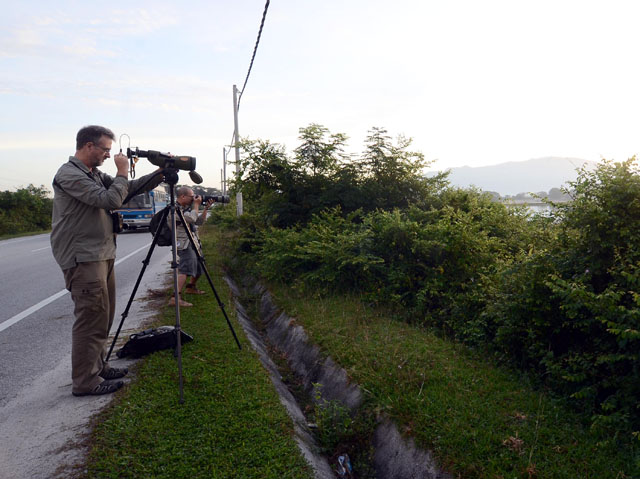 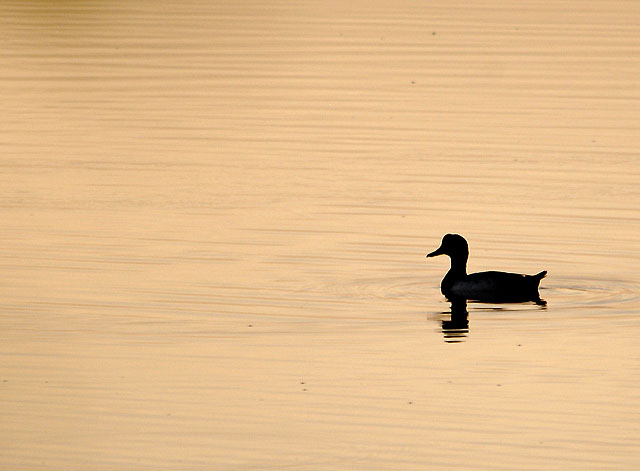 With the lifer securely in the bag, we strategically re-positioned ourselves and waited for the lighting condition to improve. Although not particularly shy, it still kept a safe distance throughout our observation. The duck was an eclipse male indicated by the absence of the crest behind the head and the presence of brownish colouration especially in the face and neck region. 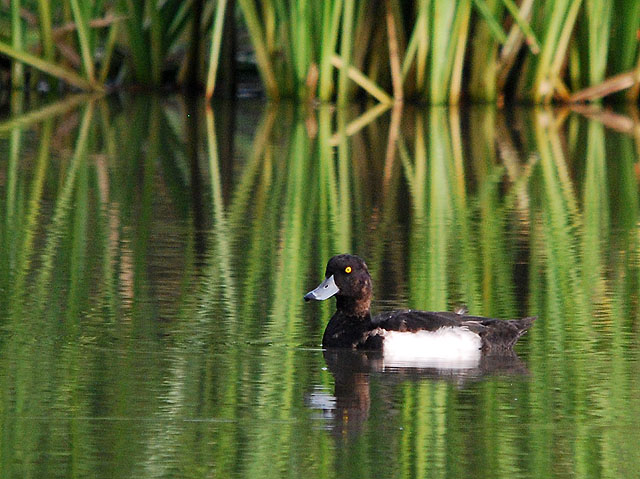 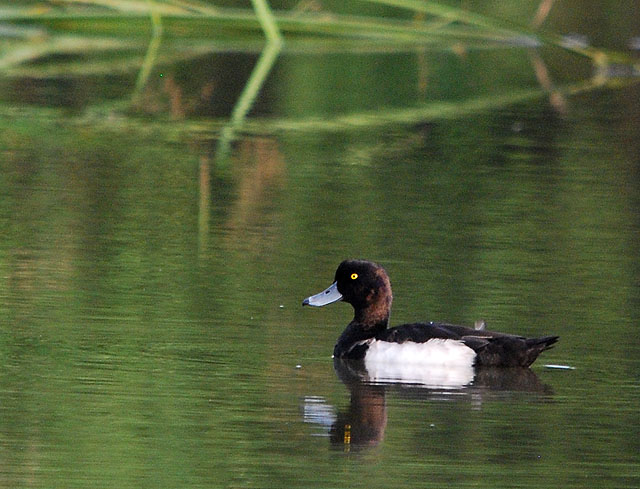 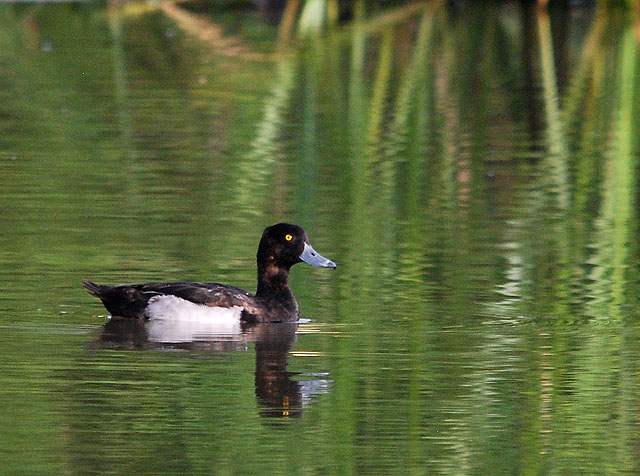 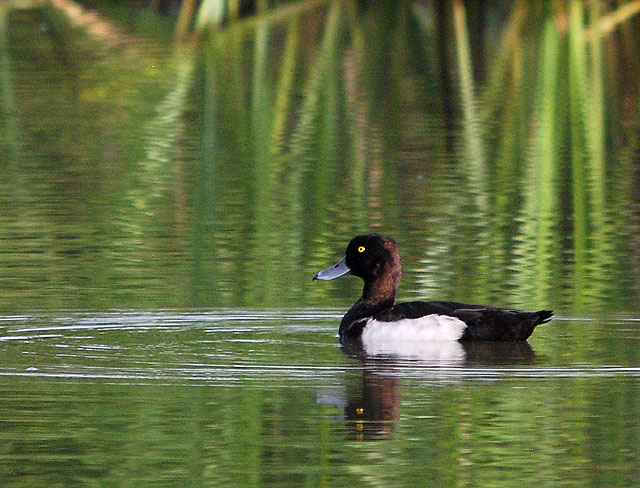 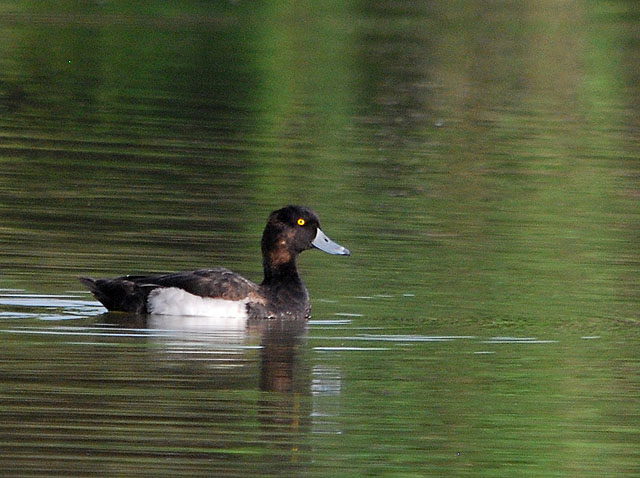 We spent a couple of hours observing and photographing the duck before we proceeded to scout around for anything else that might be about at this birding locality. Here's Dave (L), Mike (a Selangor birder that was also here for the same reason) and yours truly (R) enjoying the companionship of the Tufted Duck. Although not apparent in this photo, each and everyone had a wide grin on their faces. 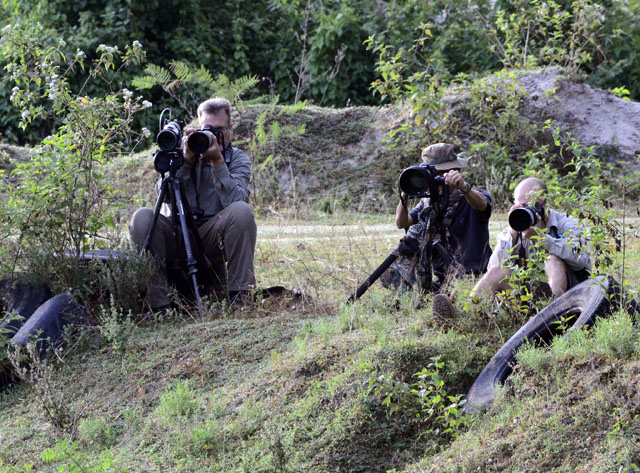 This female Brown-throated Sunbird was calling for attention from an exposed perch. In fact, she remained there for quite a long period time as we were busy combing through a nearby flock of Purple-backed Starlings for any surprises. 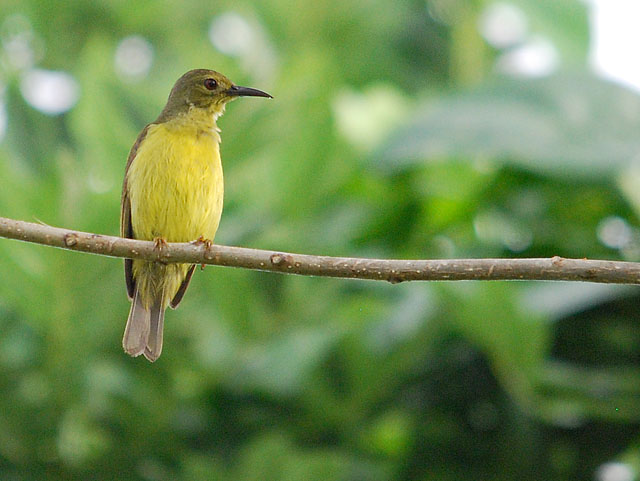 Big herons are a common sight at this locality and Grey Herons can be seen flying overhead throughout our visit. 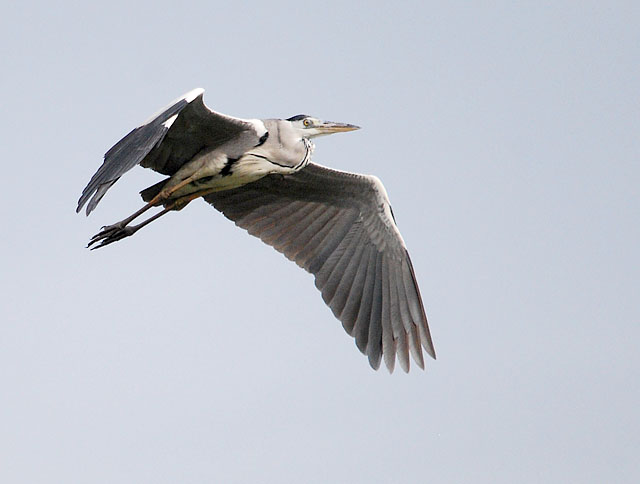 The Blue-eared Kingfisher is uncommon everywhere in Malaysia. When we came across a family that was hunting from the edge of one of the many ponds of this locality, we took the time to admire this beautiful kingfisher. It was then that something totally expected happened. The immature bird suddenly decided to take flight and flew towards where I was crouching. Instead of flying overhead, it alighted on a perch that was barely 5 feet away in front of me and was fully exposed. I always find young birds to be much bolder than their parents. I'm not sure if it is ignorance or recklessness but it was certainly a magical moment. And I thought that nothing else today will be able to come close to this morning's twitch. I guess I was wrong. 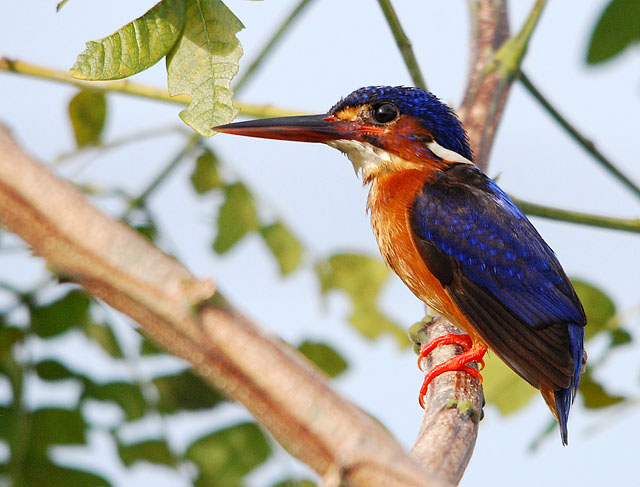 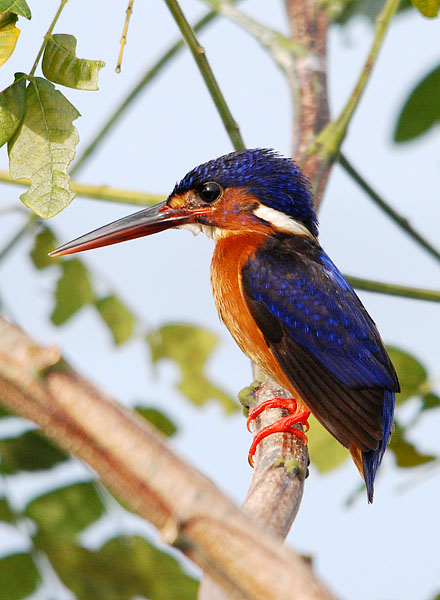 This Yellow-bellied Prinia was also a little more confiding than usual. There are a few bird species here in Malaysia that actually sounds like a cat and this common scrub land warbler is one of them. 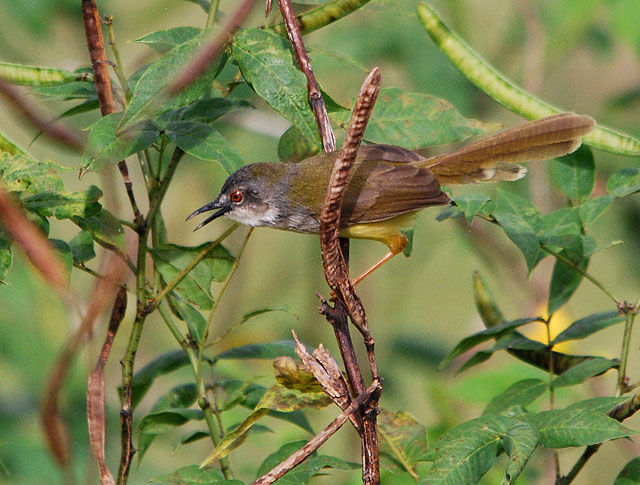 The Sand Martin is considered a rare migrant to Peninsular Malaysia. But honestly, I think it is very much overlooked. Swifts, swallows and martins are not exactly favourites among birders. The recent split of Pale Martins from Sand Martins and recent discoveries of the highly variable plumage of the 2 species has now made it almost impossible to positively identify them in the field. 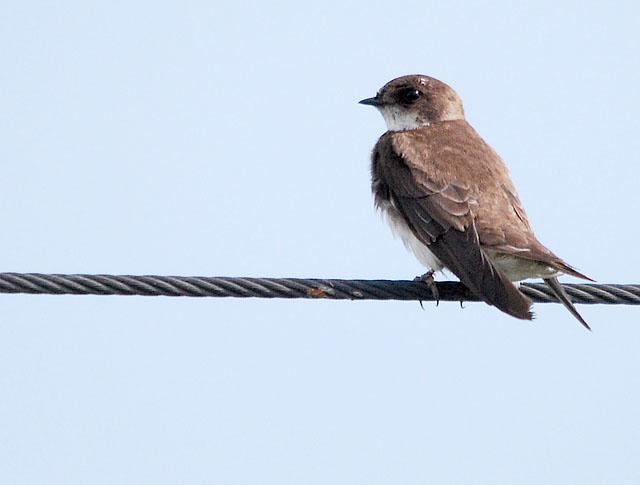 Anyway, we counted no less than 30 individuals hanging out at this particular group of fish ponds and that is a significantly high number. 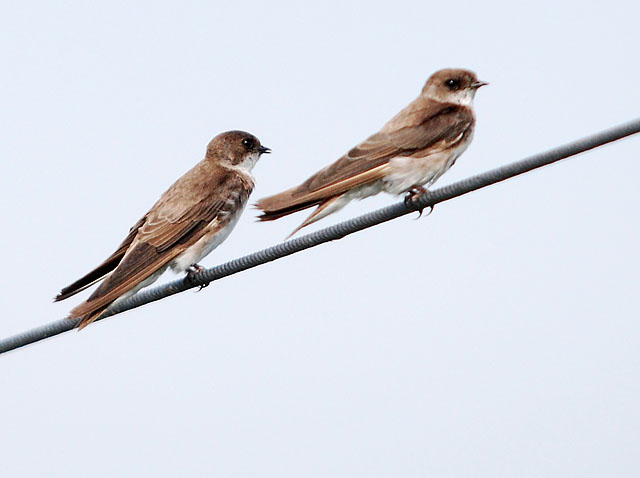 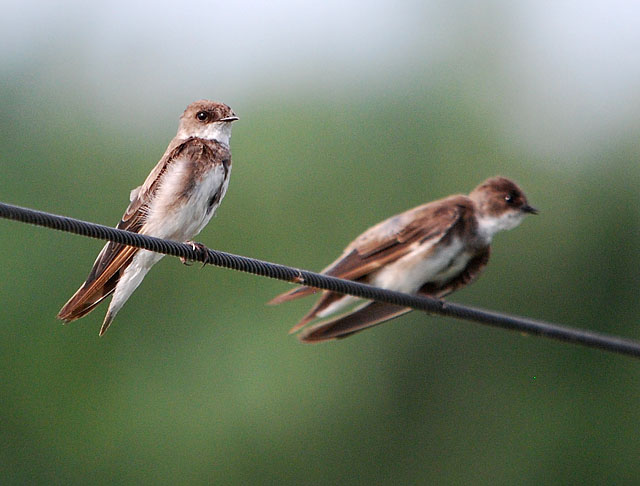 Here, the martins are just slightly outnumbered by the commoner Barn Swallows and the former is just as tolerant of human presence as the latter - much to our delight. Choo Eng and I got our best images of this scarce visitor and Dave, close-ups that hopefully will shed more light on the identification of these Sand/Pale Martins in Peninsular Malaysia.

As far as waders go, only the usual species were recorded this trip. A few of the Little Ringed Plovers in the locality are already moulting into their breeding plumage. 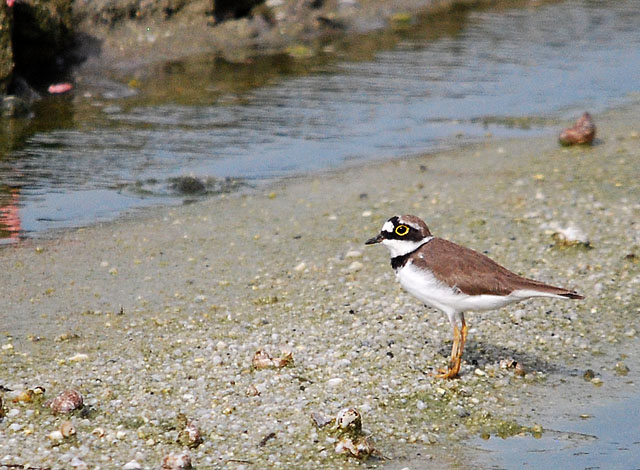 I have not had much luck with Pied Trillers despite it being relatively common and can even be found in housing areas. As the name implies, their distinct and persistent call is usually the tell-tale sign of their presence. Today, this female provided the best photographic opportunities for me of this species to date. 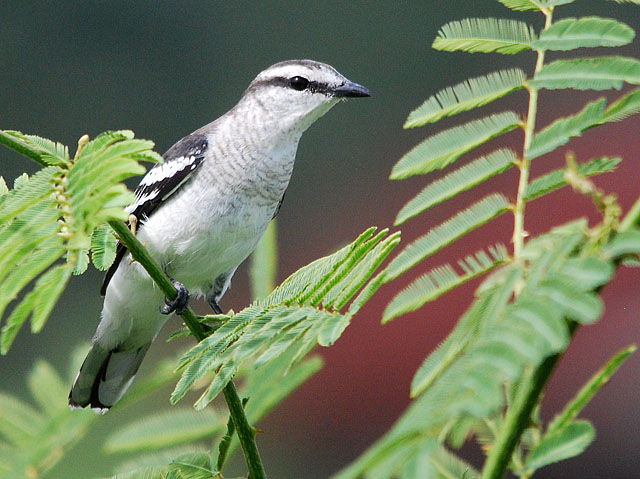 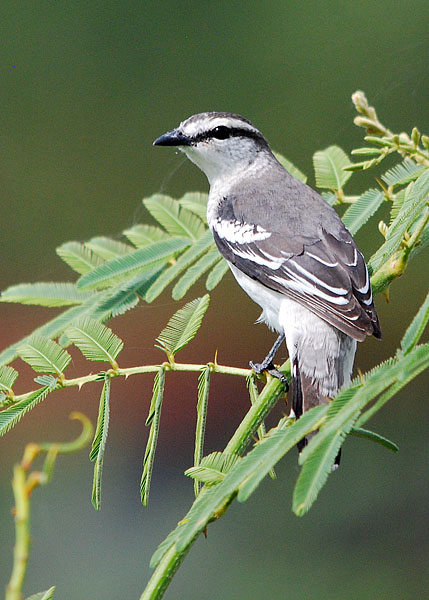 Just as we were about to go reward ourselves with a much anticipated brunch, a pair of Ashy Tailorbirds suddenly alighted on a bush just next to where we were standing. I guess the meal can wait a few more minutes as I do not think it is even legal to leave this encounter without taking a few shots. So, this 5-hour drive round trip turned out to be quite a memorable one in the end and it's all thanks to some outstanding performances by a couple of rare migrants and an adolescent kingfisher. 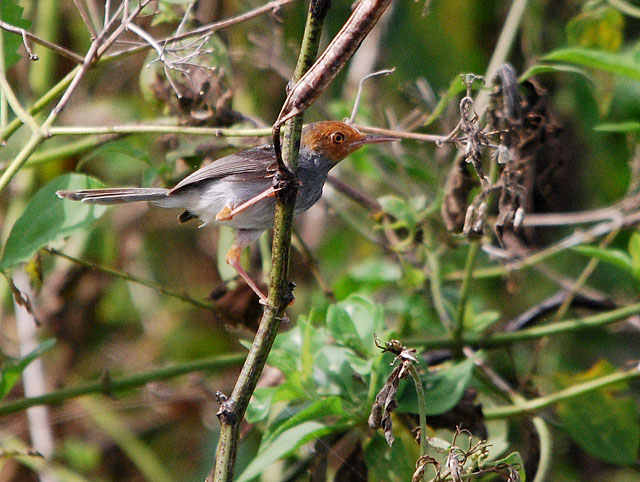 Wow! Congratulations on an exceptional birding day. I wish every day was like that for all of us. You really captured some brilliant pictures. The kingfisher pics are really precious.

Thank you, Russell. Yeah, the kingfisher almost outshine the duck!

It's all relative I guess so I couldn't get as excited as you about the duck: as you know the Tufted Duck is a vey numerous, common and park duck here. Much better was the kingfisher - superb shots, and the Pied Triller. Lve the name and it looks an attractive species. All in all it was another great day.

Thanks, Phil. One of my companions for this trip, Dave, told me how he used to scrutinize flocks of Tufted Ducks for other species back in UK.

congrat! love the duck and the Kingfisher :)

Congrats on your successful Tufty "Twitch"...

The Blue-eared KF was a well-deserved bonus !

Thank you, John! It was quite a trip.

A coincidence? I've been chasing a Tufted Duck lifer here in Oregon (USA) for over a month. Multiple sightings but I've missed it each time. Maybe it's time to book another flight to Malaysia?

Well, as far as I know it's still there! You want the directions, Paul? : )

No need for directions. I was able to get my Tufted Duck lifer just 20 miles from my home! I smiled thinking about you on the other side of the world chasing the same bird