A bird may be common to the entire country but if you do not come across it often enough it can be considered, in a sense, rare. There are hardly any records of the Crested Goshawk here in Penang Island. I cannot recall having seen one personally except for a fresh corpse in the outskirts of Georgetown City. Recently, a pair was reported to be nesting in a posh neighbourhood in the northern part of the island. I rarely question the ways of nature but the reason for the nest to be built on a lone tree growing from the divider of the main road instead of the safety of the adjacent forest, is beyond my comprehension. 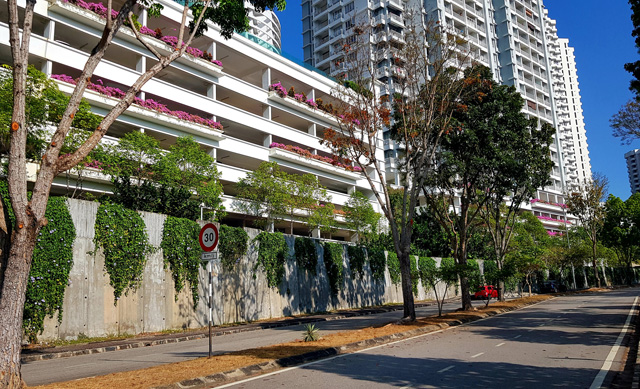 I managed to make a single visit to pay homage to these beautiful birds of prey. This should be the first recorded nest for the island and hopefully, it will not be the last. Elsewhere in the country, the Crested Goshawk has adapted to living in urban areas and that trait alone can ensure the continuality of your existence in the world today. It was the dry season and the fallen leaves left the nest exposed to all the surrounding elements. But the two nestlings, days away from leaving the nest, appeared to be doing absolutely fine. 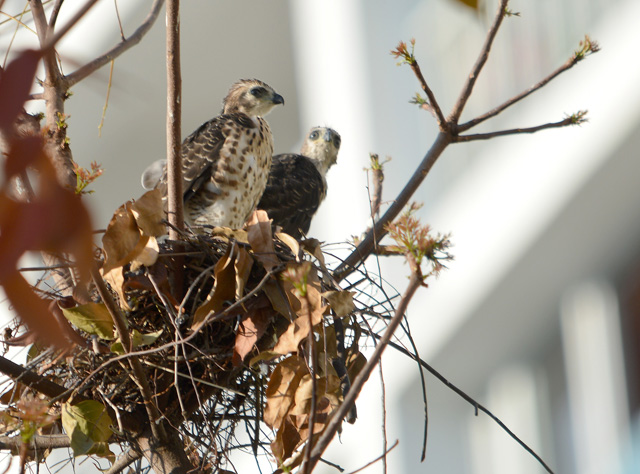 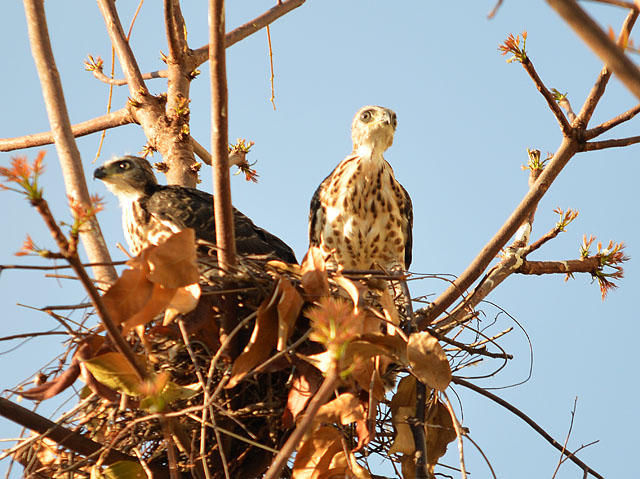 Another aspect about this nest that got me wondering was the tolerance of the local mob. Flocks of House Crows can be seen loitering about the vicinity but surprisingly, these marauders left the chicks in peace. Perhaps the parents manage to assert their dominance but it will take a whole lot to break the will of House Crows. 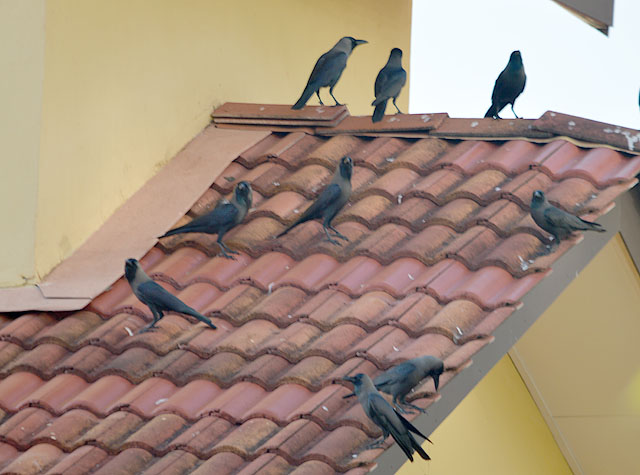 One thing that was not unexpected was the presence of birders and photographers at the nest site. Since it was smacked right in the middle of a residential area, we in turn drew the attention of curious onlookers. Although it is not really my cup of tea, I did my best to explain the significance of this raptor nesting here to all that approached me with the same query. 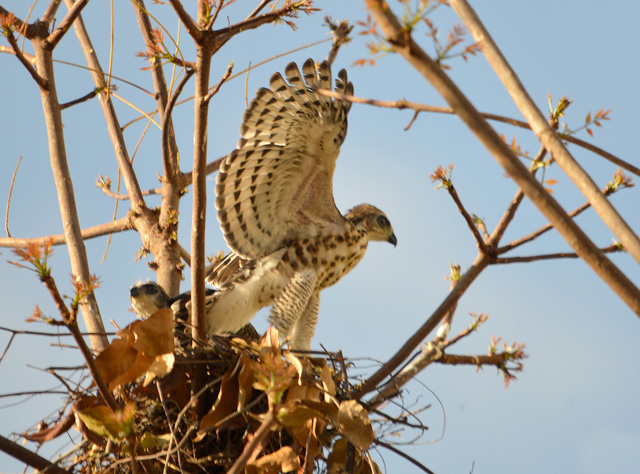 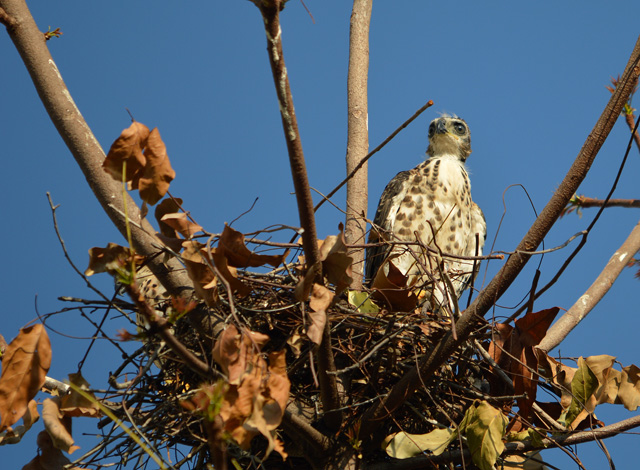 The parent birds did not make an appearance during my observation and I found out later that I arrived shortly after they have fed the chicks. In the absence of the adults, the youngsters make several short explorations of the surrounding areas in preparation of the big day when they will leave the nest for good. They have yet to develop the full aesthetic appeal and living skills of their parents but they certainly had my attention. After all, they are the true reason for my visit here. 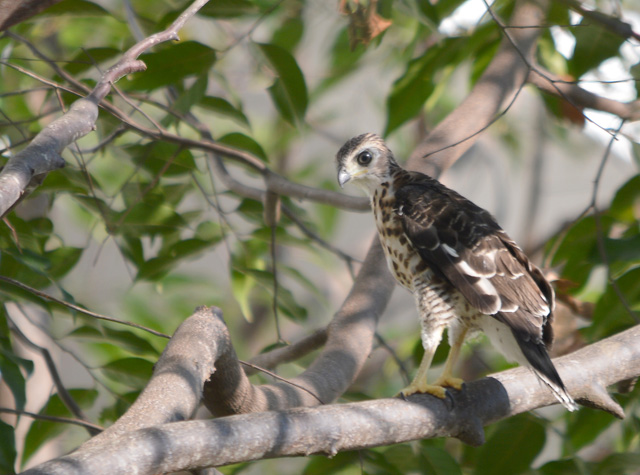 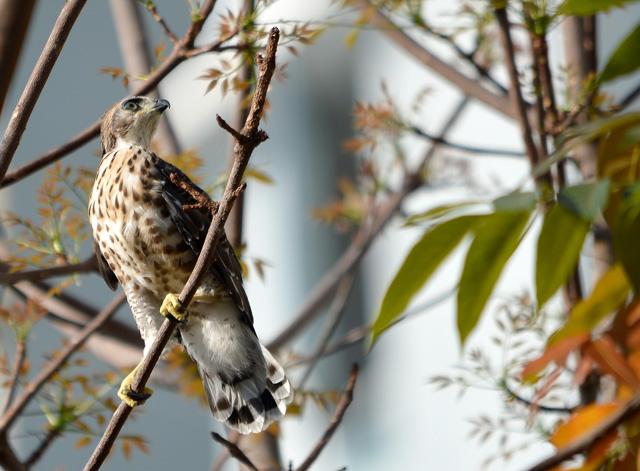 Lately, there have been an uproar regarding unethical photography of nesting birds. It is nothing new and has been going since the first day people started nest photography. However the great lengths poachers and photographers used to obtain their goals this time, reignited the issue. My documentation of the Crested Goshawk took place almost 3 months ago and the chicks by now, are out there somewhere terrorizing small birds and mammals on their own in my beloved island home. I am no birding authority. Just a bloke who is passionate about birds and birding. So, here I am thinking out loud. If it has to take installing a barricade to keep your enthusiasm in check, then so be it. Perhaps in time, an imaginary barricade will do the job just as well. By the way, your fantastic images will still garner the same amount of likes even if you post them on Facebook or whatever online social media a few months later. And to conclude my post this time is this young Crested Goshawk that wandered reasonably close to my position. 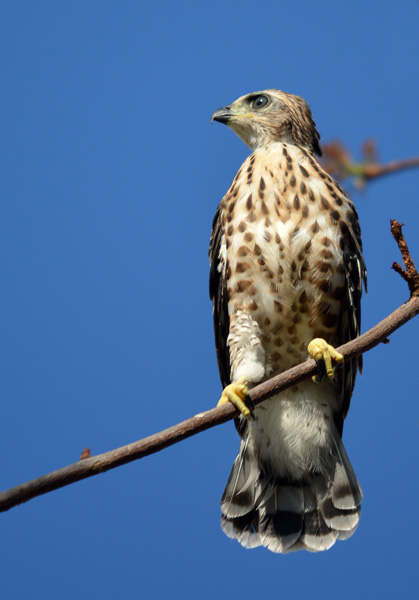